India’s exports of iron ore and pellets have plummeted to the lowest level in seven months, SteelMint data reveals. Export shipments dropped to just a little over 230,000 tonnes (t) in June 2022 – a new low since November last year when total exports stood at around 250,000 t.

While China’s steel production curbs in the second half of 2021 had cast a shadow over India’s export prospects, the government’s overnight imposition of stringent export duties on steel, iron ore and pellets towards the end of May 2022 adversely impacted export volumes, SteelMint notes.

Out of total exports in June, about 146,000 t comprised iron ore, while around 84,000 t of pellets were shipped out by Indian mills during the month. Strikingly, iron ore exports declined by over 91%, month-on-month, in June from around 1.64 million tonnes (mnt) in May, while pellets exports fell sharply by 92% on the month from 1.05 mnt in the preceding month.

Reckoned on a year-on-year basis, India’s combined exports of iron ore and pellets fell by over 93% in June from over 3.4 mnt in June 2021.

While Indian suppliers shipped around 53,000 t iron ore fines to China in June, volumes fell sharply from over 1.5 mnt in both May and April. Total exports to China fell over 97% m-o-m, data shows. Indonesia was the leading recipient of India ore in June at over 56,000 t even as Malaysia bought around 36,000 t.

Oman and Malaysia were the only importers of pellets from India in June at around 51,000 t and 33,000 t, respectively.

State-owned KIOCL and eastern India-based steel producer BRPL were the sole exporters of pellets in June at 51,000 t and 33,000 t, respectively, with the other leading suppliers such as AM/NS India, Godawari Power & Ispat and Rashmi Metaliks all recording zero shipments.

Why exports dropped so drastically? 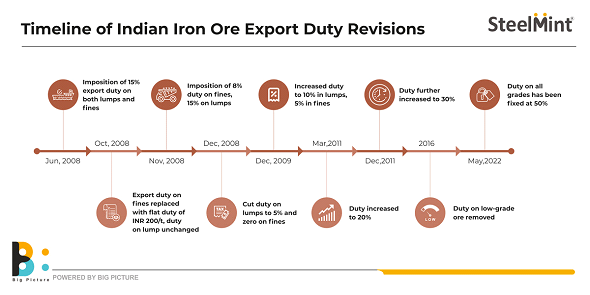 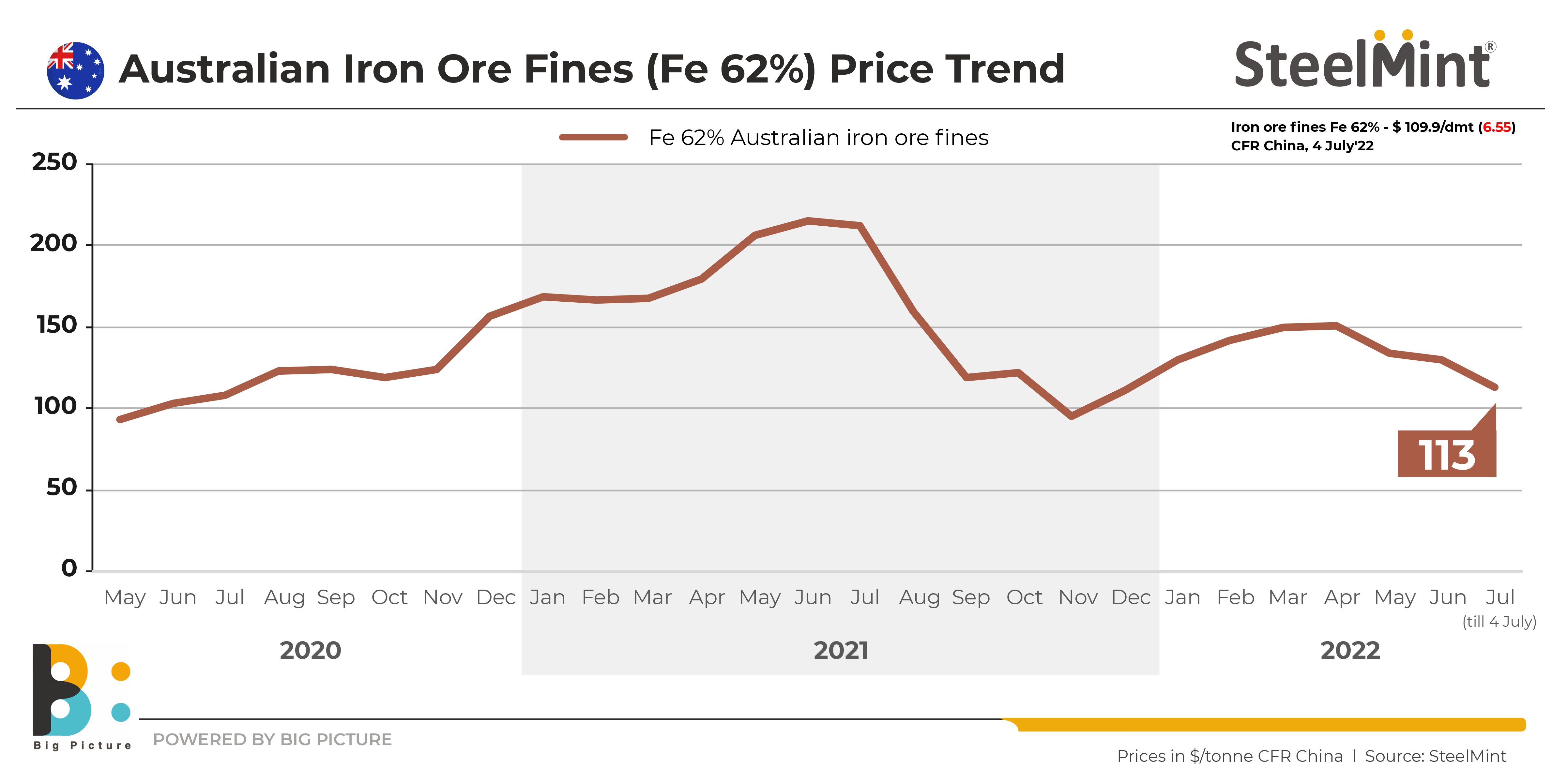 India exported over 15 mnt of iron ore and more than 11 mnt of pellets in FY’22 – over 26 mnt combined. SteelMint expects exports to fall this year, although industry insiders believe that the export duties are a temporary phenomenon and will be subsequently waived once inflation subsides.

Although domestic mills are seeking to diversify supply destinations, at current tariff rates, and given subdued global prices, exports are plainly unviable.

Join us in our event, to know more about Indian iron ore production & demand outlook