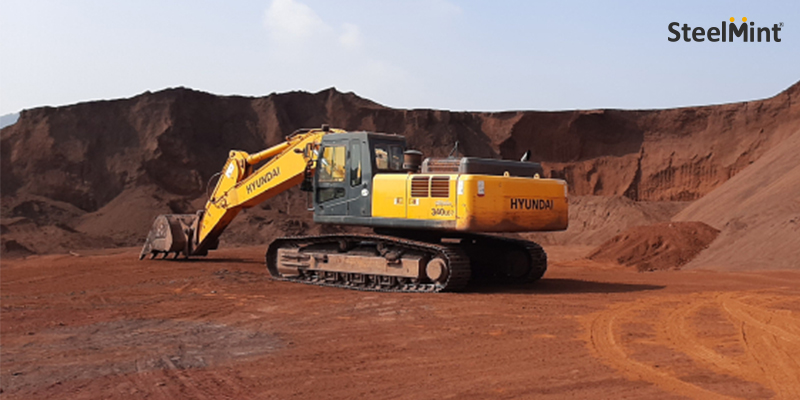 The Ministry of Mines has invited comments/suggestions on draft Minerals (Other than Atomic and Hydro Carbons Energy Minerals) Concession Amendment Rules, 2020 and draft Mineral (Auction) Amendment Rules, 2020. The Ministry has invited suggestions from the general public, Government of States and Union Territories, mining industry, stake holders, industry associations, and other persons and entities concerned. The last date for receipt of the comments / suggestions is 19th Feb’2020.

The key highlights of the drafts are as follows:

1. The State Government shall nominate a Secretary level officer in the State Government as the Nodal Officer for leases expiring vide sub sections 5 and 6 of section 8A of the Act. The nodal officer so nominated shall also be authorized to collect all the valid rights, approvals, clearances, licences and the like vesting hitherto with the previous lessee and shall be issue deemed vesting order in favour of the new lessee along-with the Letter of Intent. Nodal officer will facilitate the new lessee to obtain approvals required for mining operation through the single window system established by the State Government

2. The validity of the vesting order shall be for a period of two years from the date of grant of Letter of Intent of new lease or till the date of getting all fresh approvals, clearances, licenses, permits, and the like, whichever is earlier.

3. It shall be lawful for the new lessee to commence and continue mining operations on the land in which mining operations were hitherto being carried out by the previous lessee, after the execution of the lease deed for a period of two years as provided in the Act.

4. The new lessee shall immediately, but not later than ninety days from the date of issue of the Letter of Intent, apply for all necessary rights, approvals, clearances, licenses and the like under the applicable statutes/rules/regulations afresh for obtaining the necessary clearances to enable further continuance of the mining operations beyond two years, as per the proviso to sub-section (2) of section 8B of the Act.

5. No authority shall reject grant of any rights, approvals, clearances, licenses and the like to the new lessee on account of past violations or outstanding dues of the previous lessee. These can be agitated before appropriate forums separately without prejudice to any rightful legal claims of the parties.

7. Notwithstanding anything contained in these rules, the mining lease shall be executed by the State Government within a period of fifteen days from the date of issue of letter of Intent to the new lessee to whom the vesting order has been issued under rule 9A(4) of Minerals (Other than Atomic and Hydro Carbons Energy Minerals) Concession Rules 2016, or commencement of these rules or the expiry of the lease period of the previous lessee, whichever is later. The holder of the Letter of Intent shall comply with all the requirements to execute the mining lease within this period, failing which, the Letter of Intent may be revoked and the performance security be forfeited by the State Government.

Provided that, on receipt of an application from the holder of the Letter of Intent, the State Government, may extend the period for execution of the lease deed by a further period not exceeding fifteen days, on satisfaction that such delay is entirely for the reasons beyond the control of the holder of Letter of Intent.

The Odisha government is conducting mineral auctions of leases which are due to expire in Mar’20. Nearly 86 companies have aggressively participated in the auctions. Till 14th Feb’20, govt has successfully auctioned 15 iron ore leases in which highest premium fetched was 154%.

To learn how the mines auction 2020 unfolds, be a part of SteelMint Events’ 4th Indian Iron ore, Pellet and DRI Summit which is scheduled on 2-3 March 2020, in Hotel LaLiT, New Delhi. 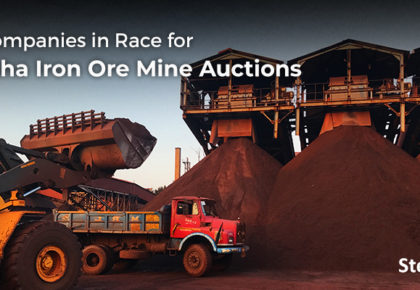 86 Companies in Race for Odisha Iron Ore Mine Auctions 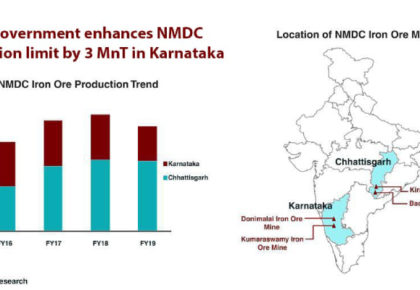