Goa iron ore mining leases to be put for auction by Oct : Govt 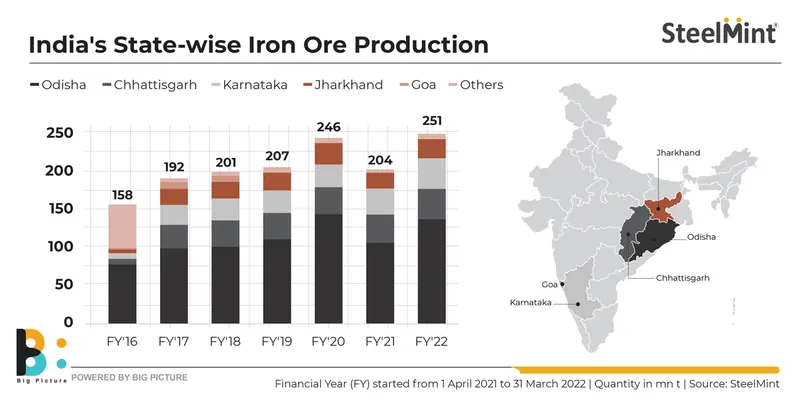 After the closure of mining activities since 2018, Goan iron ore industry now see some signs of respite as the state’s chief minister Pramod Sawant has said that the auctioning of iron ore mining leases would begin within the next two to three months. The state department of mining and geology had been asked to expedite formalities so that the process could begin as soon as feasible.

What is the story all about?

The Goa government in early-May sent notices to 88 lessees whose renewals had been set aside by the Supreme Court (SC) in February 2018. By then (early-May), the mining act had been amended to mandate auction, making it difficult for the state government to renew these leases. After years of deliberation and botched attempts at reinstating rights to the old lessees, the state has decided to auction these areas.

The mining in Goa came to a halt in early 2018 when the Supreme Court cancelled 88 leases and outlawed the extraction of new ore.

The state government has recently started the process of taking over these leases by serving notices to vacate.

The State Bank of India has been selected as a consultant to oversee the entire mining lease auction process in Goa. It will require another two to three months to reach to the auction stage.

Why is mining resumption in Goa important ?

Notably, Goa accounted for a share of 4% in India’s iron ore production in CY17 and volumes amounted to 8.6 mnt. Also, the state has been a hub in exporting iron ore to China, primarily that of low-grade ores. The key exporters from the state include Vedanta, Fomento Resources, VM Salgaonkar etc.

Join us in our event, to know more about when can we expect iron ore mining to resume in Goa?