The two key drivers of iron ore demand in India will be increased hot metal and sponge iron production.

Increased steel capacity in coming years: This will come in largely in the form of hot metal production through the blast furnace route. India is the second-largest steel producer, after China. Its steel manufacturers are in various stages of capacity expansion. 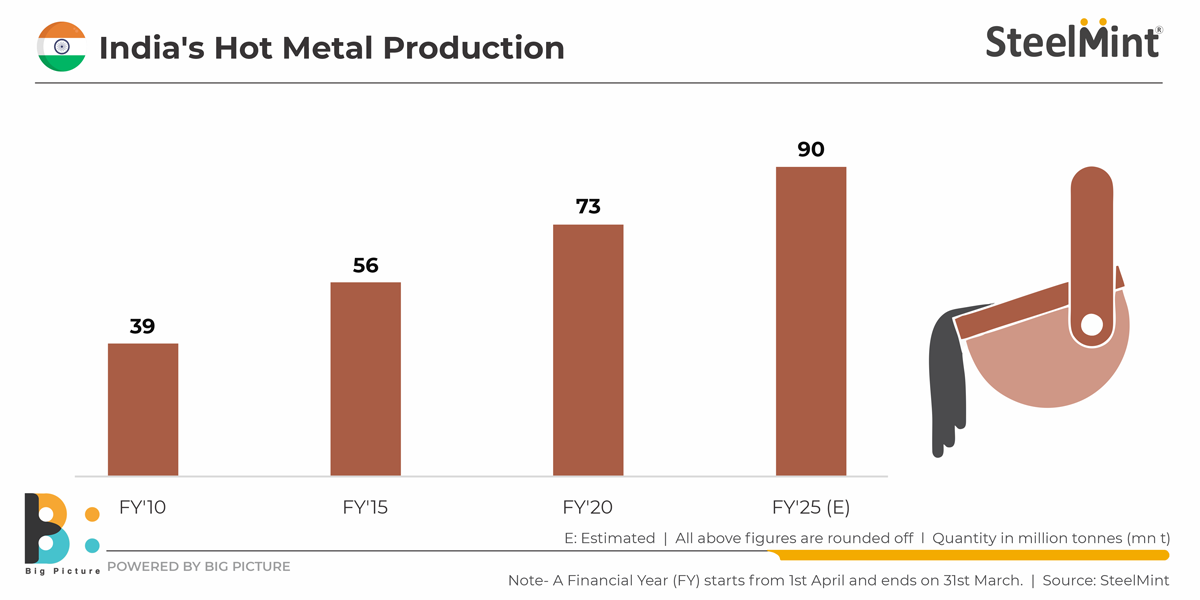 Resultantly, India’s hot metal production, as estimated by SteelMint, will increase to 90 mnt by FY25 from 73 mnt in FY20. 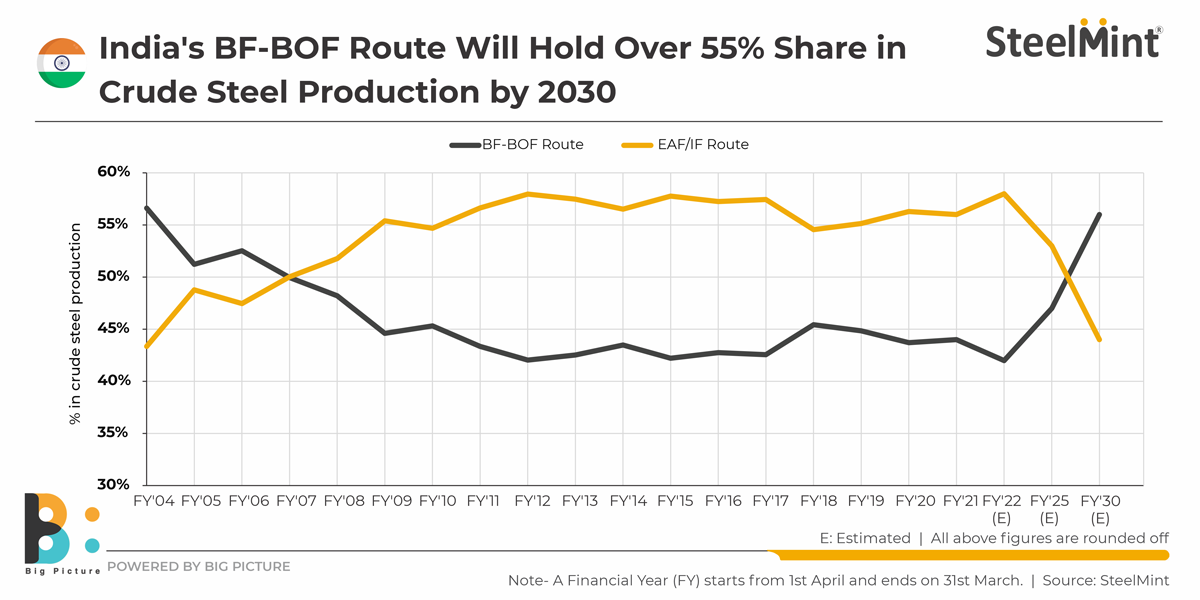 Expected increase in sponge iron production: The country’s sponge production is also expected to increase over the next few years and by FY25 touch 48-50 mnt, although the segment is experiencing short-term hiccups, in the form of high thermal coal prices etc. However, looking at the long term, production is set to increase from 37 mnt seen in FY20. 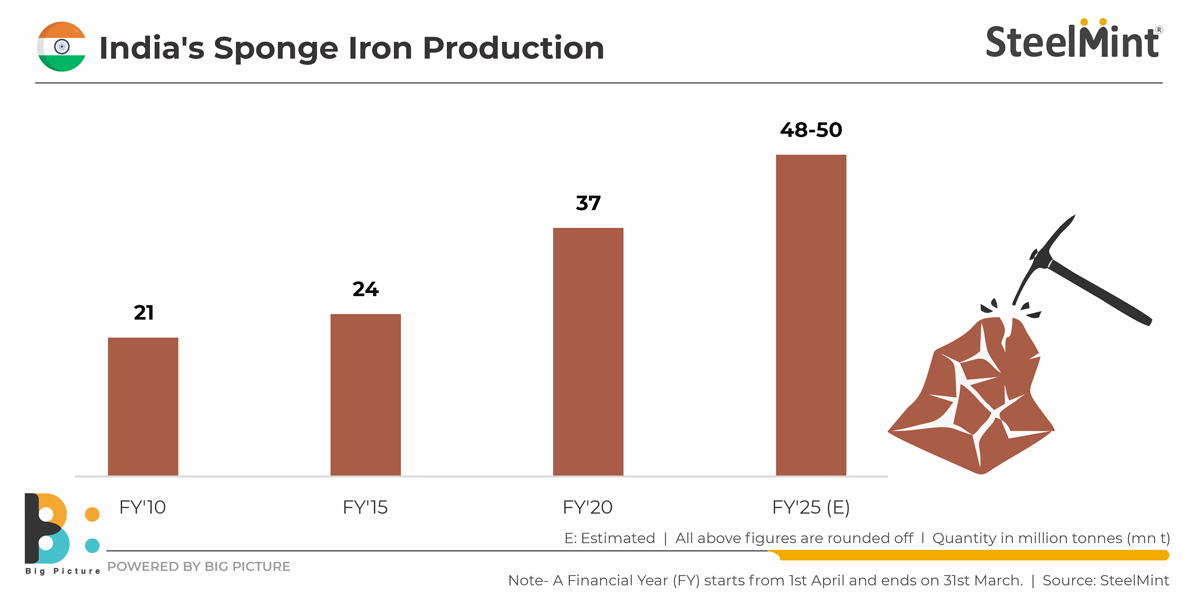 Increased consumption would entail higher production. Where will the iron ore be sourced from? To feed the growing appetite from the steel mills, major miners have chalked out expansion plans. For instance, India’s largest merchant miner, NMDC, aims to expand production to 56-58 mnt by FY25 from the current 42 mnt. OMC, the second-largest merchant miner, will increase output to 38-40 mnt from its present 27 mnt.

Reforms like dissolution of demarcations between merchant and captive blocks will allow any player (steelmaker or merchant miner) bagging a mine in future auctions to sell in the merchant market without any end-use restrictions. This will increase ore availability.

Moreover, mills will be able to sell 50% of their mined output in a year in the open market from mines won in previous auctions (prior to the policy announcement dissolving captive-merchant bifurcation). The 50% can be sold after meeting the requirement of the attached plant subject to the payment of additional amount as prescribed under the sixth schedule of the MMDR Act.

Thanks to new mining policy reforms, which aim to facilitate production, India seems well-placed to meet its iron ore demand in the next few years from domestic resources and will not be dependent on imports.

An increased number of pellet plants are in the pipeline since end-users want to avoid sinter as a feedstock. The former yields higher productivity and consumes less coal compared to sinter, which means lower carbon footprint. This will support higher iron ore consumption, going forward.

If the recently imposed export duties on iron ore and pellets remain, then overseas sales will be impacted. If the same is removed or rationalized, then exports can be expected to spring back to previous levels of 15-20 mnt per annum.