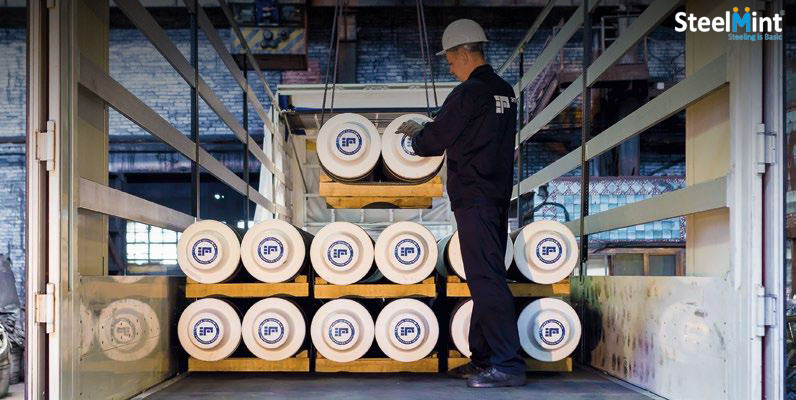 SteelMint has learnt that Russian electrodes major, Energoprom (EPM) Group along with the Ministry of Industry and Trade of the Russian Federation and Government of the Rostov Oblast has signed a special investment contract for the modernization of production of graphite electrodes at the site of the EPM – Novocherkassk Electrode Plant. This agreement has been signed within the framework of SPIEF (St Petersburg International Economic Forum), an event in which Russia made efforts to appeal to international businesses and investors.

EPM Group’s Novocherkassk plant is already undergoing upgradation for capacity enhancement. In April this year, a robot-assisted nipple center was launched at the EPM – Novocherkassk Electrode Plant, which will increase the machining accuracy by 5 times, thereby bringing the level of production at the plant up to par with that of other global producers. At the end of the year, it is planned to commission a RIEDHAMMER furnace – this is a key investment project, designed to increase the quality and output of graphite electrodes with a diameter of 610 mm.

The CEO of the EPM Group highlighted that the company has signed a very important agreement that clearly defines the program of the further modernization of the company’s key GE plant. Is it backed not only by a new level of equipment, but also by a marked growth in production volumes. It is expected that investment into the modernization program will result in meeting more than half of the demand of the Russian metallurgy industry in large cross-section graphite electrodes. Following the implementation of the investment program, the output of large cross-section graphite electrodes will double, he pointed out. EPM Group is the single electrodes manufacturer in the country with a GE capacity of 60,000 tonnes per year.

Russia is one of the major electrodes exporters as it exported about 47,568 tonnes of GE in 2018, registering a growth of 21% y-o-y basis with highest exports being made to U.S. followed by Kazakhstan, Belarus and Germany. In first four months of 2019, Russia has exported about 13,995 tonnes of graphite electrodes.