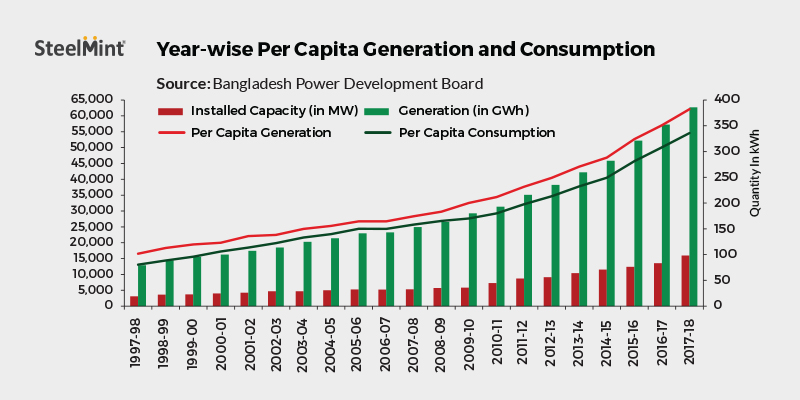 In order to mitigate the demand-supply gap, Bangladesh has planned a massive expansion in power sector to cater its rising electricity demand. The road-map prepared by the government envisage around 17,304 MW new generation capacity addition by 2023.

Incidentally, power sector is one of the booming sectors in the country, wherein largest energy consumers are residential sector, followed by industries, commercial and agricultural sectors.

Out of the total capacity addition, 9,393 MW power units would be installed under public sector, followed by another 6,075 MW in private sector power plants, as depicted under the revised expansion plan updated in Jul’19. Remaining 1,836 MW would be catered by imports.

For a longer run, the country has formulated a systematic expansion for growth in power sector, under the Power System Master Plan (PSMP) 2016. The underlying plan compiled for a period running from 2016 to 2041, also includes strategy for diversifying primary fuel supply.

At present, power generation from gas based plants is comparatively much higher than other fuels, which often fail to reach their usual capacity due to shortage of gas supply. Consequently, the country has taken up the decision to diversify primary source of fuel in order to reduce dependency on gas based power generation.

By the end of 2041, Bangladesh is aiming to raise share of coal fired power generation to 35% at the expense of gas based generation which would be brought down to 35%. Remaining share accounted to power imports and generation from nuclear and renewable sources.

Despite claims of reducing dependency on gas based power, largest capacity addition was seen in power plants running on gas. 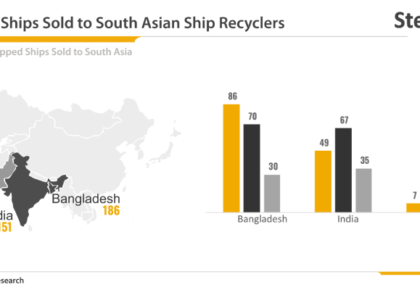