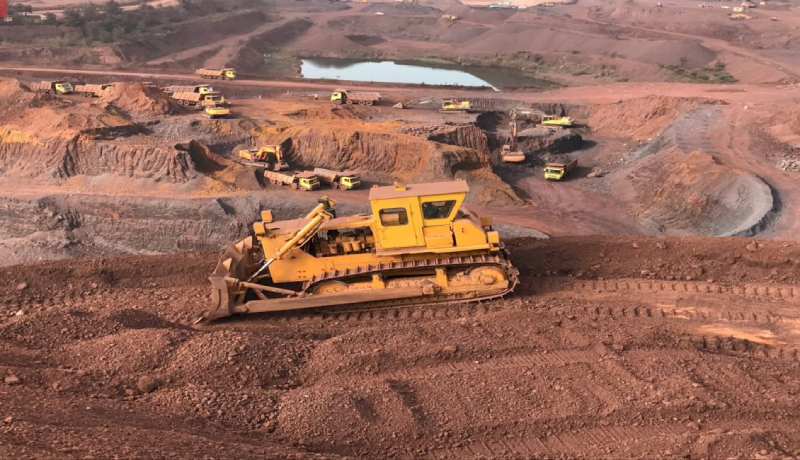 A new directive, issued on November 29, by the Union Ministry of Mines, seems to have whipped up a controversy. As per the new proposals, successful bidders in the upcoming mineral auctions will have to apply for fresh environmental clearances (ECs) against the earlier anticipation that the same would be extended for two years. While on the one hand, Odisha is bracing to seek modifications in the new proposals, merchant and captive miners do not seem too perturbed, saying the delay in the transition process will not be anything to write home about. The new lessee has to apply afresh to the environmental advisory committee (EAC) of the Ministry of Environment & Forests (MoEF).

Speaking to SteelMint, a high ranking official at ministry of mines, Odisha, said that the state had “reservations” on this new November 29 directive. He said, a Union Ministry of Mines meeting has been slated on December 10, which he will be attending, and where he intends to take up some of the key issues.

He said: “We feel the existing EC should be made valid for at least another two years so that the new successful bidder can immediately take up the lease operations. The new directive is not acceptable to us. We had sought extension of the present EC validity for at least two years, in the name of the new lessee. The present directive does not indicate that. Nothing has been said on that.”

He further said: “We will put forward our points and then let us see if the government can clarify, make some modifications in the proposals. Our key point is that the new bidder has to be supported in taking up operations immediately after the expiry of the lease. The present directive does not support that because of the fresh EC hurdle. “

He emphasised that there is another point on which he needs clarity. “…The application shall be appraised accordingly for grant of environmental clearance subject to the same validity period as was initially granted…”

Speaking on the above point, official said: “I do not know what the environmental advisory committee (EAC) of the ministry would mean here because all the leases expire by March 2020.”

Officials in the Odisha state government indicated that earlier there was a consensus between state and Centre that the EC will be extended for a period of two years but after this notification, successful bidders have to apply for an EC, which will go through a process of due diligence. Even if the government works efficiently, it will take at least six months to get the new EC cleared (against a normal period of two years).”

Sources in leading merchant miners say they do not think there will be a huge delay because the government, under the new proposals, has exempted the new bidder from preparing a new environmental impact assessment (EIA) study and environmental impact management plan (EIMP), “which takes up a lot of time” along with the public hearing.

But, importantly, the new successful bidder has to continue working with the same production capacity of the previous lessee. He cannot increase from the existing production volume.

The EIMP has to cover a monsoon and a summer season study which a lessee has to submit along with the EC application. The lessee has to give the two-season study of the mine area and the periphery, which takes almost one year. Then the report is prepared. Subsequently, the bidder has to submit the study along with the application. This entire process takes more than a year.

However, under the new directive, the new bidder has to apply afresh and the old EIMP cleared by the earlier lessee will be considered by the committee, in what is being regarded as a big plus-point.

In fact, there is a two-stage process to the EC application. First the bidder has to apply for the terms of reference (TOR). Then the public hearing and EIMP reports are taken into consideration. “The two stages of the EC application process normally take one-and-a-half to two years,” reiterated an industry source.

“The time taken to issue an EC is actually because of these two aspects, the EIMP and the public hearing,” added the source.

But the exemption for both is applicable only when the mines are put to auction and a new successful bidder comes in, and takes over the existing mine.

When asked about the most worrisome aspect – whether the new directive would delay resumption of mining operations after the new lessee takes over, sources feel there is really nothing to be concerned about. A source said there will definitely be a lapse between the time the new lessee takes over and production resumes, because there will be discontinuation of mining operations till the new EC is in place. “The new bidder will not immediately be able to start mining until he gets the new EC.

But he added that since the hurdle of a new EIMP and public hearing are being dispensed with, it will take 2-3 months for a fresh EC to be issued and six months at best on the higher side from the time of the application, instead of the usual one-and-a-half to two years,” reasoned the source..

“So, the transition will not be delayed too much since it will only entail the process of applying for the new EC and making a presentation before the MoEF EAC. This committee takes the hearing and recommends to the government whether the EC should be granted or not,” explained another source.

Importantly, if the new bidder subsequently wants to increase production further than the previous lessee’s volume, then he has to undergo the old process – apply afresh, go through the public hearing and prepare a fresh EIA and EIMP and present the same before the committee.

Corroborating, a source from a large steel company which is also a participant, said: “For a 2020 expiring mine having EC (after 2006), the new lessee would be able to get fresh clearances easily provided the production plan is within the EC limit of earlier lessee.”

The source added that only after “filling a Form 1, clearances would be given… So, there will be ease for new lessees after winning in the auctions, provided they do not increase their production target.”

To learn how the mines auction 2020 unfolds, be a part of SteelMint Events’ 4th Indian Iron ore, Pellet and DRI Summit‘ which is scheduled on 2-3 March 2020, in Hotel LaLiT, New Delhi. 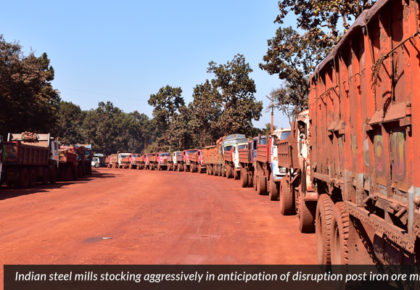 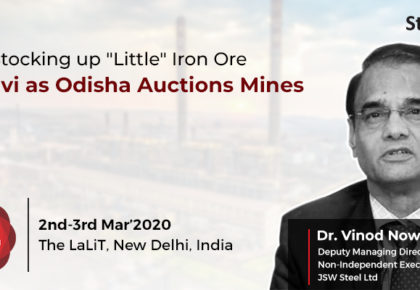